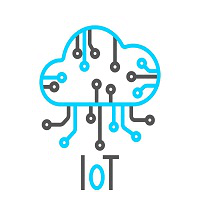 What is the Internet of things?

Internet of Things or IoT is a very trending topic in this generation. It is popular and can be heard on the lips of every techie. It is a common thing that many people are using it and their everyday life is dependent on it. Uncountable devices are interconnected in the IoT ecosystem, and surprisingly we as human beings never realized that these devices virtually surround us in human-to-human or machine-to-machine interactions. These interconnected devices make up the gigantic thing known as the Internet of Things.
The ubiquity of wireless networks has possibly turned on everything. Be it a child's toy or a driverless truck; all this is an example of IoT that has merged the digital and physical universe. Some top internet of things that are very common in our lives can be listed as follows: Digital health monitors, Biometric cybersecurity scanners, live tracking systems, and most importantly ultra-high-speed wireless trackers.
Nowadays, many websites offer free online tests to increase people's interest in the internet of things and also to increase the popularity of their websites. But, free IoT test needs scrutiny as many of them lack quality questions.