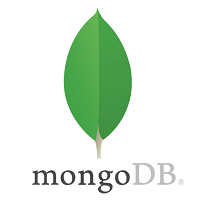 MongoDB online test is an online test conducted to assess the knowledge of the candidates about the MongoDB database. MongoDB online test database maintains the records of the participants in the test and when a person qualifies in the test, he may be posed with further interviews to make him employed in the organization. Thus MongoDB's online test has a great influence on the selection of its employees.
This MongoDB Online Test simulates real online certification exams. Aspirants will be presented with  Multiple Choice Questions (MCQs) based on MongoDB Framework Concepts, where the candidates will be given four options. They will have to select the best suitable answer for the question and then proceed to the next question without wasting the given time. The candidates will get their online test scores after finishing the complete test.

Facts About MongoDB
Query Sample,
Denormalized Data Models
TTL Feature
New Data Creation
Query Retrieval
New Data Creation
Select statement in Mongo
MongoDB online test is designed by subject matter experts to evaluate knowledge of MongoDB online Experts before hiring. Using powerful reporting, the candidate can have a detailed analysis of the test results to help you make a better hiring decision and predict the candidate's performance. MongoDB online test connection unit will connect the candidates and the examiners.
This MongoDB interview test enables employers and recruiters to identify the right fit candidate by evaluating working skills and job readiness. For this reason, the emphasis is laid upon evaluating the knowledge of applied skills gained through real work experience, rather than theoretical knowledge. The combination of Application and Theory questions helps to evaluate the Technical as well as practical Skills of Candidates.

Getting Started with MongoDB

MongoDB is a document database with the scalability and flexibility that one wants with the querying and indexing that one needs. MongoDB's document model is simple for developers to learn and use, while still providing all the capabilities needed to meet the most complex requirements at any scale. We provide drivers for 10+ languages, and the community has built dozens more. MongoDB is a source-available cross-platform document-oriented database program. Distinguished as a NoSQL database program, MongoDB uses JSON-like documents with optional schemas. MongoDB is the product of MongoDB Inc. and is licensed under the Server Side Public License (SSPL).
MongoDB can be used as a file system, called GridFS, with load balancing and data replication features over multiple machines for storing files. This function, called the grid file system, is included with MongoDB drivers. MongoDB exposes functions for file manipulation and content to developers. GridFS can be accessed using mongo files utility or plugins for Nginx and Lighttpd. GridFS divides a file into parts, or chunks, and stores each of those chunks as a separate document.
MongoDB provides options of three ways to perform aggregation:
the aggregation pipeline,
the map-reduce function, and
single-purpose aggregation methods.