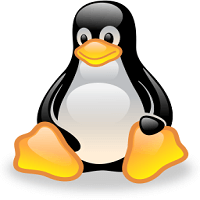 Linux online test is the test conducted to assesses candidates' knowledge of the Linux operating system. It checks whether the candidate is aware of the programming using the Bash scripting language. The test is preferable before employment screening of the candidates. A good developer or Linux operating system administrator should be comfortable with Linux as it's the world's most frequently used server operating system. Linux online test asks candidates to answer their multiple-choice questions based on the Linux operating system and its functions. Online Tests for Linux are designed to put candidates into either the passing category or the failing category so they could find the best candidates easily.
The Linux quiz may contain MCQs (Multiple Choice Questions) and MAQ's (Multiple Answer Questions). Linux online test may also contain Fill in the Blanks, Descriptive, Whiteboard Questions, Audio / Video Questions, Coding Simulations, and True or False Questions.
The Linux Commands quiz has been designed and developed with the vision to assist and help the employers and the human resource department to evaluate the administrative and developing expertise of aspirants using Linux Commands. The test contains logical and theory-based questions on the meaning of specific Commands in Linux, the output of specific commands, proper use of instructions, knowledge about different instructions.
Linux quiz questions and answers of previous years serve as a launching pad for newly interested students in the stream. There are many guess papers and mock question papers available both online and offline which have a record of questions of past such tests. They are based on the analysis and pattern of past test questions.
Linux online test Questions check the candidate's basic knowledge of Linux. The aspirants have to select the right answer to every question. Linux MCQ online test series are very popular & helpful for the best preparation of Linux Interviews. Coupled by the online growing trend of free tests, there are several testing agencies which provide the free online test.

The Linux operating system comprises several different parts, some of them are:
1. Kernel - The kernel is the core of the operating system has the responsibility to manage the CPU, memory, and peripheral devices. The kernel belongs to the lowest level of the Operating system(OS).
2. Bootloader - The software that manages the boot process of a user's computer. For many users, this will simply act as a splash screen that pops up and eventually goes away to boot into the OS.
3. Init system- This is a sub-system that is charged with controlling daemons. It is the init system that is concerned with managing the boot process after the original booting is received from the bootloader.
4. Daemons – Daemons are services that either start-up during the process of boot or after the user logs into the desktops.
5. Graphical server- This is the sub-system that displays the graphics on the user's monitor. It is popularly referred to as the X server.
6. Desktop environment - This is the piece of the Linux operating system that the users interact with within the day-to-day events.
7. Applications – Linux offers many high-quality software titles that can be easily found and installed in the computer system. Most new Linux distributions include App Store-like tools that are used for centralizing and simplifying the installation of applications.
Linux operating system has grown up as one of the most trusted computer ecosystems on the planet. When this reliability is combined with its zero cost of entry, one has the perfect solution for a desktop platform.