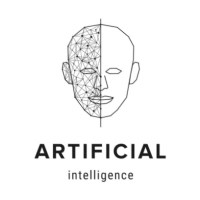 In computer science, the term artificial intelligence (AI) refers to any human-like intelligence exhibited by a computer, robot, or other machines. In popular usage, artificial intelligence refers to the ability of a computer or machine to mimic the capabilities of the human mind—learning from examples and experience, recognizing things, understanding and responding to a language, making correct decisions, solving problems—and combining these and other capabilities to perform functions a human might perform, such as greeting a hotel guest or driving a car.
Strong’ AI is usually labeled as AGI (Artificial General Intelligence) while attempts to emulate ‘natural’ intelligence have been called ABI (Artificial Biological Intelligence). Leading AI textbooks define the field as the study of “intelligent agents: any device that perceives its environment and takes actions that maximize its chance of successfully achieving its goals. Thus, artificial intelligence is labeled as AGI and natural intelligence is labeled as ABI.
The field was based on the assumption that human intelligence “can be so precisely described that a machine can be made to simulate it. This raises philosophical arguments about the mind and the ethics of creating artificial beings endowed with human-like intelligence. These issues have been explored by myth, fiction, and philosophy since antiquity. Some people also consider AI to be a danger to humanity if it progresses unabated. Others believe that AI, unlike previous technological revolutions, will create a risk of mass unemployment.
Artificial intelligence online test is very important in this ever-changing world environment. AI online tests are the source of knowledge about artificial knowledge. Thus, one has to appear for an AI-free online test.